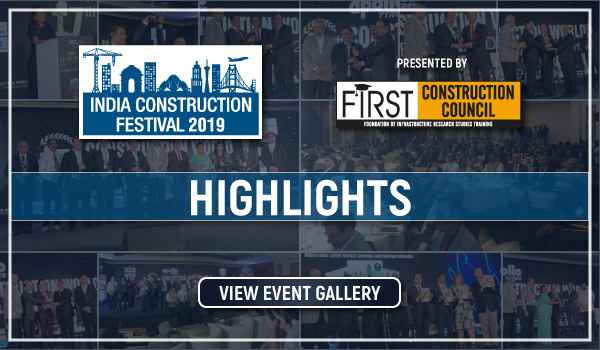 In line with its aim to enter the $5 trillion club economy by 2025 – which is highly dependent on real estate and infrastructure – the Modi government has taken a multi-modal approach towards infrastructure development in the country over the last five years. Since 2014, a conducive environment was provided by the federal government for the national and international players.

This Promocode is for ENR Honoree Registration.
Please wait 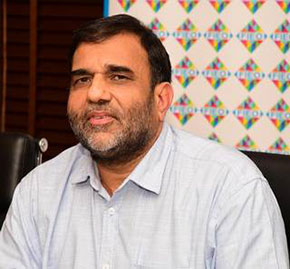 Dr. Anup Wadhawan is India’s present Commerce Secretary. Previously, he was also the joint secretary and additional secretary in the department of financial services under the Ministry of Finance. For six years between 2001 and 2006 he was a director in the Prime Minister’s Office (PMO). He thus worked in both Atal Bihari Vajpayee’s and Dr. Manmohan Singh’s PMO. Wadhawan is an MA and Ph.D. in Economics. 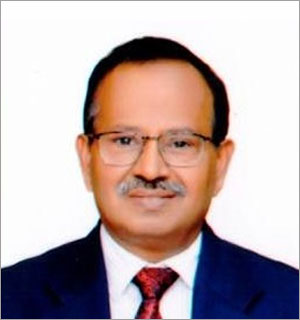 He has served in the State of Jharkhand in major departments including PWD, Mines, Industry, IT among others. He has to his credit several landmark projects in Jharkhand including Mega Sports Complex & Games Village at Ranchi, Ranchi Ring Road, State Data Center. He has also been instrumental in development of several policies and documents viz. PWD Code 2012, public private partnership policy etc. In his last assignment of State, before he took over as MD, NHIDCL, as Additional Chief Secretary, Rural Development, Govt. of Jharkhand, he played pivotal role in organizing rural poor, creating sustainable livelihood & employment opportunities & NRM based development.

As MD NHIDCL, he has been instrumental in making the execution of the projects smoother by focus on removal of bottlenecks, open dialogue with stakeholders, streamlining procedures and regular monitoring. He has been able to revive many stuck projects. Under his leadership, the NHIDCL has been able to complete development and take steps for implementation of mega projects viz. Zojila tunnel, Dhubri-Phulbari bridge.

His major interests are in the fields of sustainable development, IT, Infrastructure, Health and Institution Building. 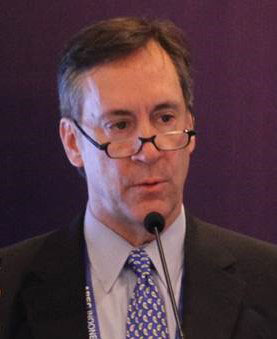 At Dodge Data & Analytics, Steve Jones focuses on how emerging economic, practice and technology trends are transforming the global design and construction industry. In addition to hundreds of speaking engagements around the world and numerous articles in industry publications, he produces Dodge Data & Analytics’ SmartMarket Reports on key industry trends, which are read by millions worldwide and frequently cited as authoritative references.

Steve holds a MBA from the Wharton School of the University of Pennsylvania, and a BA from The Johns Hopkins University. He has a track record of active leadership in many industry initiatives and serves as a judge for numerous industry awards.

Before joining Dodge, Steve was Vice President of Primavera Systems (now part of Oracle), the global leader in project management software. Prior to that, Steve spent 19 years in creative and management roles with top architectural/engineering firms, most recently as a Principal and Board of Directors member with Burt Hill, one of the largest A/E firms in the US (now merged with Stantec). 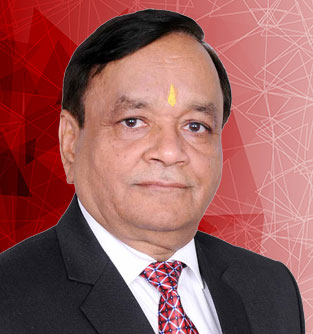 Mr. Sharma is the Founder President & CEO of “Indo Latin American Chamber of

Commerce" an affiliated organization with Govt. of India.

He was holding Honorary Diplomatic status from Latin American Region/Diplomatic

Consular Corps and extended due courtesies and privileges under the international law of the Vienna Convention.

He is Visionary and Enthusiastic Professional to promote Trade & Investment, Social & 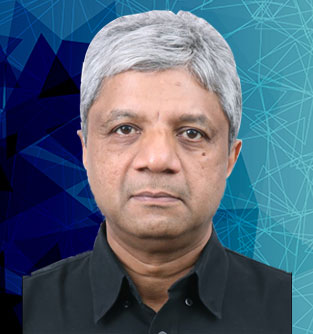 Mr. George joins us after a distinguished career in public service as a member of the Indian Administrative Service. Over his 32 years in the IAS, he served with distinction in senior leadership positions in urban development, transportation, shipping, energy, water resources, urban transit, industry and labour. Most recently he concurrently managed three significant projects - Kochi Metro Rail Limited, Kochi Metropolitan Transport Authority and the Cochin Smart Mission Limited – of a combined size of INR110 billion. His other responsibilities included serving as Government Director on the Board of Cochin Shipyard Limited. 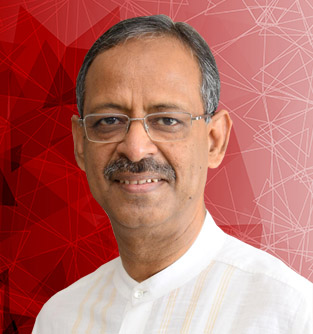 During his career spanning 38 years, Anil Swarup attempted to 'make it happen'. Born in Allahabad, Utter Pradesh, he earned his Master's Degree in Political Science from Allahabad University in 1978 where he was also awarded the chancellor's Gold Medal for begin the Best All-Rounder Student.
Before joining the Indian Administrative Service (IAS) in 1981, he served the Indian Police Service for a year. He won Director's Gold Medal for the best Officer Trainee at the Lal Bahadur Shastri National Academy of Administration amongst the officers of his batch. As a civil servant, he held various assignments within both the State (Utter Pradesh) and Central Government. During the final years of his career, he served as Secretary to Government of India in the Ministry of Coal where he handled the aftermath of the coal scam. Thereafter, he served as Secretary, School Education, and Literacy where he attempted to foster public-private partnership to improve quality of school education.
As a strategic thinker and an innovative leader, he won several other awards and nominations, the prominent ones being: Nominated as one of the Policy Changes Agent bu The Economics Times during the years 2010, 2012, 2015 & 2016. He was selected as one of the 35 Action Heroes in India Today's 35th Annual Edition. 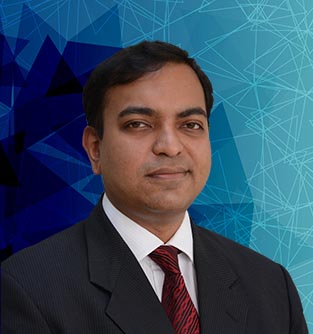 Mr. Sandeep Upadhyay joined Centrum Capital Limited in June 2008 and is currently serving as MD of Centrum Capital Ltd (Infrastructure), since July 2015. In his current role, he is responsible for sourcing and executing fundraising and corporate finance advisory deals across Transportation, Logistics, Conventional and Renewable energy sector

Prior to Centrum, he worked with SBI Capital Markets and IL&FS Transportation Networks Limited (part of IL&FS Group), in financial advisory and fundraising for marquee Infrastructure Projects in India 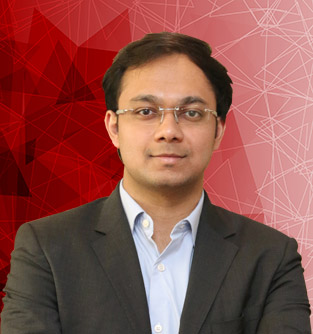 Hardik Agrawal is a Director at Dineshchandra R Agrawal Infracon Pvt. Ltd., primarily handling the company’s business development and investment activities. Spearheading a successful set of Public-Private Partnership projects in roads and transport infrastructure, he has made a mark in the Indian infrastructure industry with the timely and quality execution of projects. Representing the company at all global scales, Hardik has instrumented a network of international collaboration with businesses and governments across the world. He serves as the Chairman for FICCI’s infrastructure committee for the Gujarat State Council and is also a member of the National Executive Committee of FICCI. He is also an active participant in the Rail Division at CII. Hardik holds a B.S. in Construction Management combined with Law, Business Studies and Architecture and Urban Policy from the prestigious New York University. A keen entrepreneur, he mentors’ startups in his time off and runs an education non-profit. 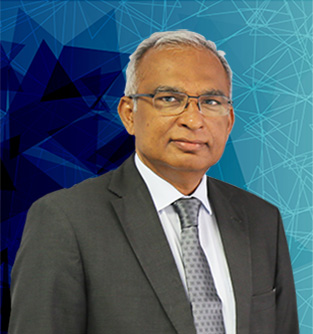 Ramesh Palagiri, age 55 years, is a Graduate in Mechanical engineering with over 30 years of experience in the field of Construction & Mining machinery industry.

He is currently the Managing Director & CEO of Wirtgen Group in India – A John Deere Company and comes with a total work experience of around 30 years.

The WIRTGEN GROUP are world leaders in the manufacturing of machines for Roadbuilding & Road rehabilitation, as well as Mineral Technologies.

During his term of 12 years at Wirtgen India, the company invested and set up a manufacturing plant in Pune; to produce machines for the domestic market as well as global export. The company turnover during his tenure has increased tenfold over the past 12 years.

Prior to this, he was the Chief Operating Officer at Schwing Stetter India and also was one of its Co-promoters. During his stint of 8 years at Schwing, the company had achieved phenomenal average growth rates of 50 %.

He had started his career in Chennai at Greaves Cotton & Co Ltd as a Sales engineer trainee and later moved to Mumbai, the HO of Greaves where he was the all India Head, Construction & Mining Department. 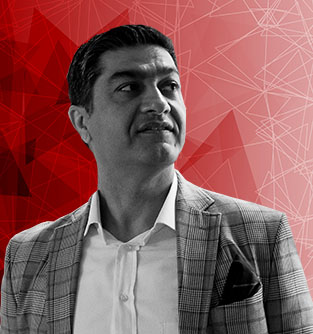 Mr. Dikshu C. Kukreja is the Managing Principal of C.P. Kukreja Architects (CPKA), a premier architectural and engineering organisation based in New Delhi. CPKA is ranked amongst the top 100 architecture firms in the world and top 5 in Asia. It has achieved the unique distinction of being the first design firm in India to have acquired a US-based design practice, specializing in Sustainability. 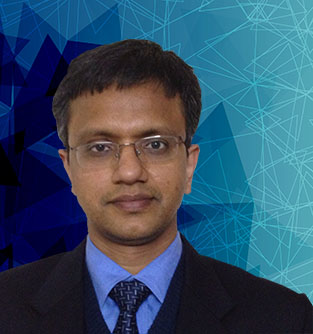 Bharat is currently with India Ratings & Research (Fitch Group) as Director – Business & Relationship Management focussing on the Infrastructure sector. He had earlier worked with Standard Chartered Bank for over 15 years in various roles in Financial Markets and Corporate Banking. He has done his MBA from Faculty of Management Studies, Delhi and graduation from St Xavier’s College Kolkata. 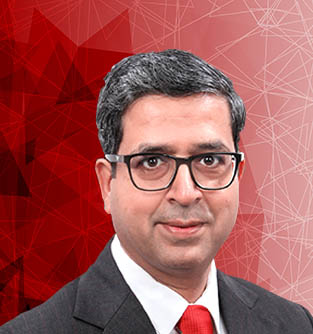 Ashok is a graduate in life sciences from Delhi University, post graduate in environmental sciences from Andhra University and a M.Phil in Applied Economics from Jawaharlal Nehru University. He has also been awarded the prestigious Chevening Scholarship from the Foreign and Commonwealth Office, from University of Wales, Bangor, United Kingdom. 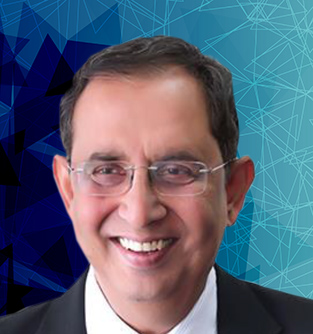 Apollo Tyres Ltd. came into inception in 1972 and since then has been a trusted name in manufacturing and sales of tyres. With its corporate headquarters in Gurgaon, India, Apollo caters to over 100 countries across the globe. The company markets its products under two global brands - Apollo and Vredestein. These products are distributed across the globe through a vast network of branded, exclusive and multi-product outlets. Apollo Tyres has multiple manufacturing units in India, the Netherlands, and Hungary. At the end of the financial year 2018, the company achieved a turnover of US$ 2.28 billion, backed by a global workforce of approximately 16,000 employees.

APCO is one of the fast-growing Integrated mid-sized Infrastructure company in India and with 27 years of successful track record. APCO offered unmatched services in the field of highways, Power, tunnel, irrigation, Metro, urban infrastructure and industrial development for completing complex projects. APCO has a net worth of more than 641 Crores and an annual turnover of Rs. 2050 Crores.APCO currently manages a number of highways projects in Uttar Pradesh, Haryana, Nepal, Maharashtra, Andhra Pradesh, Jharkhand, and Delhi. From construction of elevated viaduct and ramp for Metro Project , Development of Delhi-Meerut Expressway Fourteen Lane Project, upgrading/improvement of Six Lane Narasannapeta - Ranastalam section of NH -16 , access-controlled Nagpur-Mumbai Super Communication Expressway, development of Purvanchal Expressway among other Project of Orders value in hand of more than INR 11 K crores  with average execution period of 30 months . APCO has aligned its vision with that of the Government of India to put the country on the global map. APCO is also one of the protagonists of Prime Minister Narendra Modi’s dream of India becoming a $5 trillion economy. APCO is the first company in India who has been awarded first Hybrid Annuity Mode (HAM) Project in India that is of Meerut Bulandsahr in the year 2016. APCO is the Only Company in India who are doing four Expressway projects. APCO is also the first company in India who are doing 14 Lane Project.
https://www.apcoinfra.com/

Afcons Infrastructure Limited (Afcons) is part of the $7billion Shapoorji Pallonji Group, which is India’s leading engineering and construction conglomerate. With a turnover of $1.25 billion, Afcons has a diverse experience of on-time execution of over 350 infrastructure projects in over 22 countries in Asia, Africa, and, the Middle East.
The company has successfully executed landmark infrastructure projects in areas of Rail, Metro, Highways, Bridges, Tunnels, Ports, Industrial projects, LNG, Hydropower & Water Works, and Oil & Gas.
Afcons is ranked 10th globally in Marine and Port Facilities, and, 22nd in Bridges as per the latest Engineering News-Record (ENR), USA, survey.
A two-time winner of the Most Admired Knowledge Enterprise (MAKE) Award in 2016 and 2017, Afcons is the first infrastructure company globally to win the Most Innovative Knowledge Enterprise (MIKE) Award at the global, Asia Pacific, and, India levels in 2018. Only organizations like NASA, Google (Alphabet), and, Infosys have won these awards previously.
https://www.afcons.com/